The students had the grammar explained to them by their teacher…

Don’t let the passive causative cause your students any angst. Try presenting it using the method below, and wait for that Aha moment!

What is the passive causative?

Causative verbs (have, let, make) are used when one person is causing another to do something. The passive is used when the focus is on the thing instead of the person. When you combine them together, you are essentially saying someone caused something to be done (by someone). 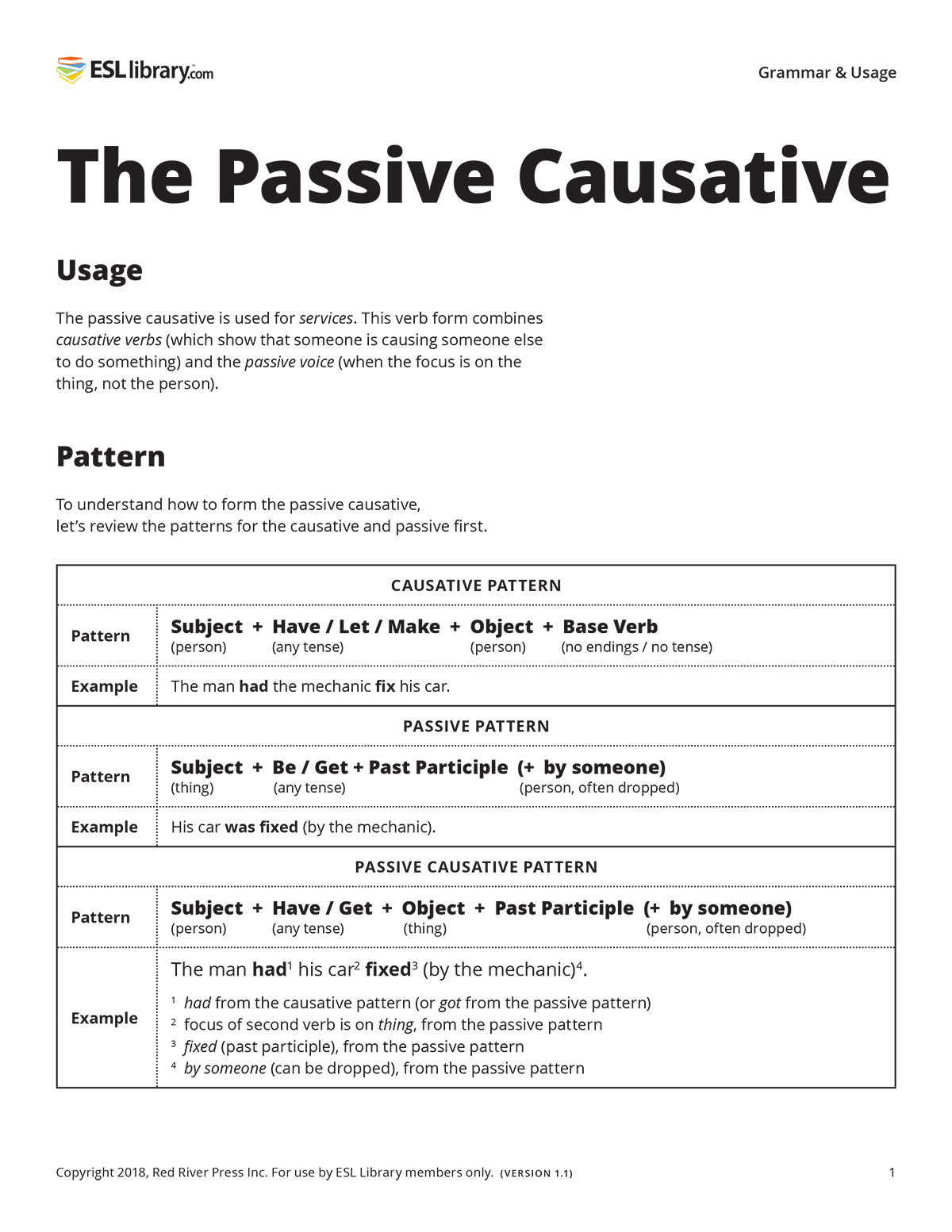 Since the causative verbs are have, let, and make, students might be wondering why the passive causative is formed with have or get. Get is possible for two reasons:

I got my hair cut is probably one of the most commonly used passive causative sentences around. But because cut is an irregular verb that has the same form for the past participle as it does for the base verb, it’s a good idea to give students another example with a verb that changes forms. Try showing them these sentences: