“Life lessons will be repeated until learned.”

Last week, our customer Sandra asked us if it were possible to use both learned or learnt in the quote above. (I’m not sure who originally said this quote…if anyone knows, please leave a comment below!) The short answer is yes, both are possible. So what’s the difference? Why do we have two forms for the same tense of the same word?

It depends where you live…

Even back in the 1800s, learned was used far more often than learnt according to Google books Ngram Viewer. 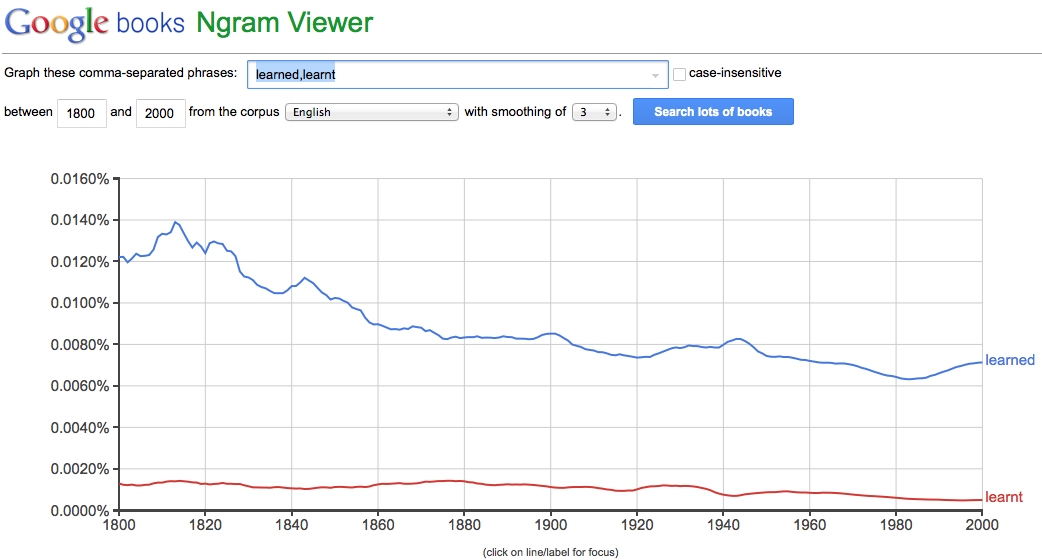 What’s more common on the Web?

Looking back and looking forward…

The evolution of language is fascinating to me. In North America, many verbs such as learn have all but lost their irregular form. Learnt sounds way too formal and out of place nowadays. Other such verbs include clapped/clapt, leaned/leant, spoiled/spoilt, and smelled/smelt.

However, some verbs are still in the transitioning stage (dreamed/dreamt, kneeled/knelt, leaped/leapt, burned/burnt, spilled/spilt, sunburned/sunburnt, sweeped/swept), so both forms are common and acceptable. For these words, I would still recommend using the –ed form in North America and the –t form elsewhere.

It’s interesting to note that some –t past verbs don’t have an –ed form…yet! How about slept, wept, and kept? Will we be using sleeped, weeped, and keeped one day?